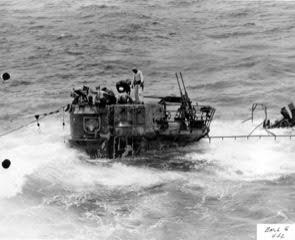 Boarding the German U-505
The boarding party from the USS Pillsbury on the conning tower just before entering the sinking German U-505! 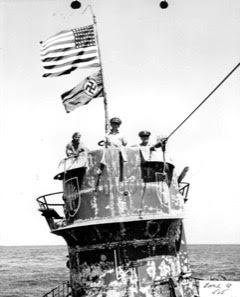 All Aboard!
Commander Trosino, Captain Gallery and Lieutenant David aboard the U-505. The United States flag is flying above the Kriegsmarine Ensign which is an international protocol to signal the enemy ship has been captured. 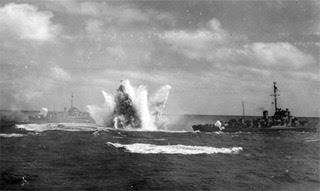 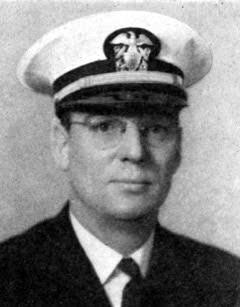 Flight Sergeant
Ronald Sillcock, RAAF, commander of a Lockheed Hudson bomber severely damaged the U-505 southeast of Trinidad on November 10, 1942. Sillcock and his crew perished in the attack.